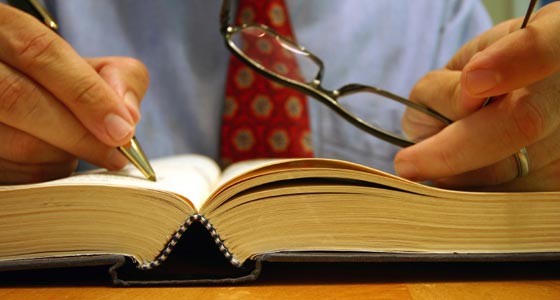 If your company has been served with an EEOC charge, your first question is probably: do I need to hire an EEOC lawyer? Many employers, in an attempt to save money, take a DIY approach in responding to EEOC charges. However, an business owner without any background in employment may quickly find himself in too deep, and may inadvertently assist the plaintiff by providing too much (or too little) information. These errors can seriously impair the employer’s chance of prevailing, both before the EEOC and in a later federal lawsuit.

In most cases, a company that tries to handle its own EEOC charges is not doing itself any favors.  An EEOC lawyer will provide better work product, in a quicker time frame, and avoid the potential pitfalls that might confuse laypersons.  Perhaps most importantly, outsourcing this highly specialized task will allow the company to concentrate on what it actually does best – running a business.

How Does The EEOC Process Work?

The EEOC (officially the Equal Employment Opportunity Commission) is a federal agency created by the Civil Rights Act of 1964. An employee who alleges unlawful discrimination under federal law must begin by filing a charge with the EEOC. The charge is a short document, often a few sentences long, briefly explaining the alleged discrimination. The employer will be notified of the charge and asked to submit a response, called a Position Statement, along with certain documentation regarding its business and the complaining employee.  This is the employer’s opportunity to explain why the termination was justified and not unlawful.

The EEOC also offers a voluntary mediation program. If the parties do not agree to mediation, or mediation is unsuccessful, the EEOC will investigate the charge and make a determination. If the EEOC finds good cause for the charge, it may issue penalties against the employer. If it finds no cause for the charge, it will issue a “right to sue” letter. The employee then has 90 days to file a lawsuit in federal court. In practical terms, the EEOC finds reasonable cause in roughly 2% of complaints. The remaining 99% of matters are either settled at mediation or closed with a “no cause” finding.

A favorable EEOC ruling does not mean that the employer is in the clear, because the EEOC’s findings are not binding on a court. Even if the EEOC finds no cause, the employee may file a lawsuit and essentially start over from scratch.  Many employers wrongfully believe that, once the EEOC has refused the charge, the matter is over.  However, in many cases it has only just begun.  Nonetheless, the documents and information provided to the EEOC will follow the company throughout the federal court system.

Why Do I Need An EEOC Lawyer?

Many companies wait until a lawsuit has been filed to consult with an attorney. This can be a grave mistake for several reasons. Business owners are not employment law specialists, and they may unknowingly say or do something during the EEOC process that hampers their eventual legal defense in court. Often these statements seem harmless at the time, and it is only much later that the employee’s attorney is able to use them against the employer. If admissions are inadvertently made during the EEOC process, it is usually impossible to “walk back” those admissions in court.  (Sometimes, companies will accidentally admit to violations of the law which are completely unrelated to the original charge.)  Courts have also penalized employers whose EEOC filings are inconsistent with their eventual testimony in court – any conflict, or changing stories, can be seen as evidence that the employer has something to hide.

An employment attorney can avoid these traps because he or she understands how to set up a strong and coherent defense from day one.  The attorney will have a good feel for who it is necessary to interview, and how to present the company’s decision-making process in a clear and consistent way.  The attorney will also understand what documents are necessary to provide to the EEOC, and which are not – while an employer must give the EEOC the documents it needs to conduct its investigation, it should be careful not to give any additional documents which might provide the employee’s lawyer with extra ammunition against the company.

Won’t An Attorney Be Too Expensive?

Some companies choose to handle EEOC responses internally because they are concerned about cost. These fears are often exaggerated – while an attorney may cost more on paper, the DIY approach has its own hidden costs which may not be immediately apparent.

The reality is, responding to an EEOC charge will be expensive no matter how the company chooses to handle it. A company that internally investigates and responds to an EEOC charge incurs very real, but invisible, costs. Drafting a strong, carefully considered response requires a significant investment in time, effort, and research on the part of the business owner and employees. This time (and money) could better be spent in running the business. (On the other hand, quickly drafting a slapdash response is a recipe for disaster).  Moreover, it is almost certainly the case that the company’s response will be less effective and persuasive than a response drafted by an experienced EEOC lawyer.

An attorney will also be significantly more efficient. Any experienced employment attorney will have dealt with the EEOC process many times, and will understand both the law and the procedure. For instance, if this is the first EEOC charge filed against your company, you may have to spend hours just reading up on the basics of the Civil Rights Act of 1964 and how it applies to employers. Meanwhile, an attorney will know this information off the top of his head. An attorney will also understand exactly how to phrase the Position Statement to provide the necessary information while making sure the company is presented in the best light.

Business owners often overestimate how much an EEOC lawyer will charge for these services.  Because attorneys have handled so many of these responses in the past, they are able to pass these efficiencies on to the client.  For example, the Stiegler Law Firm charges a flat fee to prepare an EEOC response, rather than billing by the hour. This ensures that the bill is predictable and that the company is not blindsided by unexpectedly high charges. At the very least, it makes sense to call employment attorneys to ask what they will charge.

Finally, the value of hiring an EEOC lawyer is magnified if a lawsuit is filed. As an attorney, it is far easier to defend an employment lawsuit when I have been retained from the outset. If I have investigated and drafted an EEOC response, I will not have to learn new facts after a lawsuit is filed – thus saving valuable time and money. A EEOC response also provides a road map for winning a Title VII lawsuit, as it shows the facts and law that a company must prove to successfully have a case dismissed. In other words, a well-written and thoroughly investigated EEOC response provides the necessary foundation for a successful lawsuit defense. A poorly written or sloppy EEOC response is like a building with a shaky foundation. No matter how much money you spend on the rest of the building, it is still liable to fall over at any minute.

For all these reasons, companies who have been served with EEOC charges should at least speak with attorneys to determine what their options are. If an EEOC charge has been filed against your company, or you have any questions about this article, call me today at (504) 267-0777, or email me here.