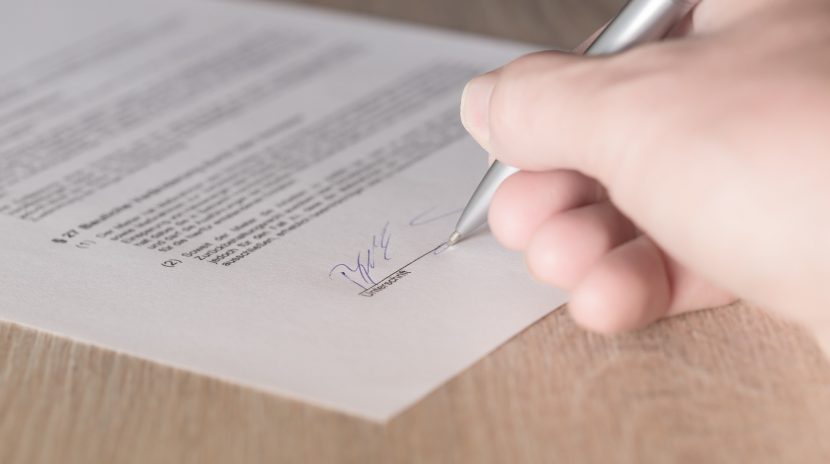 An employee resisting an employer’s motion to compel arbitration often faces an uphill battle.  In some cases, employees have little choice but to argue that the arbitration agreement is so unfair that it is unconscionable – a difficult burden to meet under any standard.   Employees have a far better chance if they can attack the arbitration agreement at its head, either by arguing either that there was no valid contract in the first place, or that the scope of the contract does not include the claims at issue in that particular lawsuit.  Yesterday the Fifth Circuit upheld just such a challenge, and agreed with the plaintiff that no valid arbitration agreement existed for the simplest of reasons — the employer never signed the document.  As a result, the motion to compel arbitration was denied.

The case is titled Huckaba v. Ref-Chem, LP, 5th Circuit Case No. 17-50341, and originally arose out of the federal court in the Western District of Texas.    The plaintiff, a former employee of Ref-Chem, filed suit in federal court.  Ref-Chem responded by moving to dismiss and to compel arbitration, and produced a copy of an alleged arbitration agreement signed by Ms. Huckaba.  The space for Ref-Chem’s signature was blank.  The district court granted the motion to compel arbitration, but the Fifth Circuit reversed.

The Court noted that, in determining whether there is an arbitration agreement, a court must first determine “(1) whether there is a valid agreement to arbitrate and (2) whether the dispute falls within the scope of the agreement.”  (citing Klein v. Nabors Drilling USA, LP, 710 F.3d 234 (5th Cir. 2013)).  Critically, the Fifth Circuit noted that, at this initial step, the “strong federal policy favoring arbitration does not apply.”  This is a subtle – but key – distinction.  According to the Supreme Court, the Federal Arbitration Act evidences a federal policy in favor of enforcing arbitration agreements.  However, that policy assumes that a valid agreement exists in the first place.  The policy does not apply when determining whether the parties actually reached a contract — that question is decided under basic principles of state contract law.

The Fifth Circuit then turned to the question of whether the contract could be valid despite the defendant’s failure to sign it.  It noted that a signature is not always required on a contract, and whether signatures are required to bind the parties is a question of contractual intent.  In this contract, the Court found several provisions which expressly contemplated that both parties would sign:

(1) a statement that “[b]y signing this agreement the parties are giving up any right they may have
to sue each other;”

(2) a clause prohibiting modifications unless they are “in writing and signed by all parties;” and

(3) a signature block for the employer, Ref-Chem.

The Fifth Circuit held that this “express language clearly indicates an intent for the parties to be bound to the arbitration agreement by signing.”  Thus, the employer’s failure to sign meant that no contract was reached.  The Court also noted that a contrary holding would unfairly give the employer a unilateral option — it could either argue that it intended to be bound, despite not signing, or argue that it’s lack of signature evidenced that it did not intend to be bound.  Thus, there was no valid agreement to arbitrate, the motion to compel arbitration was denied, and the matter was remanded to the district court for further proceedings.

The Huckaba case provides an important lesson for plaintiffs seeking to avoid application of arbitration clauses.  The most obvious, of course, is to check carefully to see whether the employer signed the papers!  More broadly, though, it emphasizes the importance of challenging arbitration agreements at the outset, either by arguing that no contract was formed, or that the scope of the contract does not include certain claims.  The plaintiff’s burden of persuasion is far stronger on these issues, as compared to arguing unconscionability.

If you have any questions about arbitration agreements, or employment law in general, call (504) 267-0777 or email New Orleans employment lawyer Charles Stiegler today.